How to Live a Life Without Fear? The majority of people upon asking, “What do you fear most?”, would usually reply, “I fear nothing”.
This reply is mostly inaccurate because only a few people realize that they are bound through some form of fear. The emotion of fear is so subtle and deeply seated that one might not detect its presence throughout life. Only a courageous examination from us will disclose the presence of this universal enemy.

What Are Some Common Types of Fears?
There are many types of fears that reside inside the human mind. For example,

How Does Fear Grip Your Mind?

Fear is a state of mind and nothing else but it is sufficient to destroy one’s happiness and optimal functioning. The fear becomes an overwhelmed emotion and the faculty of imagination and reason is constricted. Fear creates uncertainty, dependence, lack of initiative and purpose.
An uncontrolled pattern of thoughts and images arising from the fear can grip your mind so strong that it embeds in your subconscious and feeds on itself.

FEAR is a CHOICE

In the old science fiction movie “After Earth”, Kitai, son of Cypher Raige was taken on an expedition to another planet. On the journey, they encountered an asteroid storm that forced them to make a landing on Earth where he is being told that it’s full of danger and it’s not suitable for them to live.

Kitai and his father were the sole survivors of a spaceship crash, dependent on each other for survival, and their only hope of rescue is in retrieving a beacon that is in the tail section of the craft, which was far from where they were.

Because Cypher’s legs were broken in the crash, it is Kitai who must make the journey in order for them to survive. Kitai had to go forth through the wilds of earth alone — mountains, cold, big snakes, killer monkeys, horrible creatures, etc.

Once he stepped out from the spaceship, Jaden was full of fear about what might happen to him. There was a scene that depicted that even when there was no imminent threat or danger, he was extremely frightened just because his mind was anticipating danger all the time.

Cypher taught him “ghosting”. By being in the present moment – utilising senses of sight, sound, touch, and smell, we can recognise our power and strength to regain control.

“Fear is not real. The only place that fear can exist is in our thoughts of the future. It is a product of our imagination, causing us to fear things that do not at present and may not ever exist. That is near insanity. Do not misunderstand me, danger is very real, but FEAR is a CHOICE.” Cypher said to Kitai.

Kitai made the decision to achieve the mission. The day he made the decision, the fear dissolved. Even when he met the giant “horrible” creature, he became a fearless warrior. And what helped him in a difficult time was his reorientation into the present to make the best decision and fight against his enemy.

Indecision is the Source of Fear

Well-known author, Napoleon Hill said, “Indecision is the source of fear. Indecision crystallizes into doubt, the two blend and become fear.” The fears become translated into a state of worry, through indecision.

Do Not Let Fear Take Over Your Life

Beat the fear of criticism by deciding not to worry about what other people think, do or say.

Let go of the fear of unknown to fight against adversity. All you need to use are the powers of yourself – your mental strength, enthusiasm, initiative, and courage. Tap into certainty with the purpose to create the life that you truly want.

Whip the fear of financial issues by reaching a decision to get along with whatever wealth you can accumulate without worry.

In the end, you must attain peace of mind and happiness and it all begins by mastering the mind. Clear the Myths of Hypnosis Why Is It So Hard To Quit Smoking? 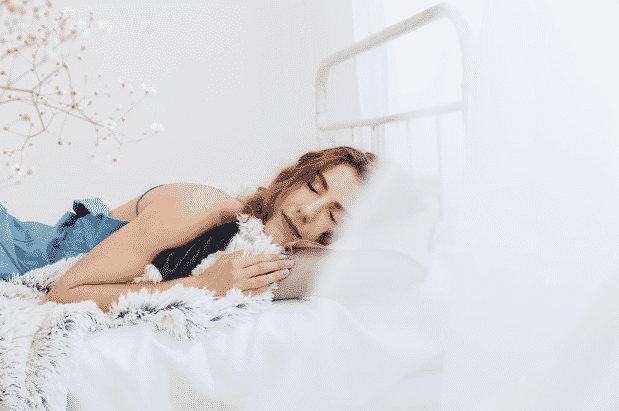 Why Medication or Meditation Might Not Solve Your Sleeping Problems?

Signup today for free and be the first to get notified on new updates.